Nothing is very strong: strong enough to steal away a man’s best years not in sweet sins but in a dreary flickering of the mind over it knows not what and knows not why, in the gratification of curiosities so feeble that the man is only half aware of them, in drumming of fingers and kicking of heels, in whistling tunes that he does not like, or in the long, dim labyrinth of reveries that have not even lust or ambition to give them a relish, but which, once chance association has started them, the creature is too weak and fuddled to shake off.

I find it fascinating that Lewis can write this before the internet and television–he would now be appalled. How amazingly relevant this little book is after all these years! What follows seems to be Lewis’s vision of the antidote: 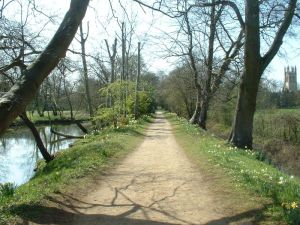 And now for your blunders. On your own showing you first of all allowed the patient to read a book he really enjoyed, because he enjoyed it and not in order to make clever remarks about it to his new friends. In the second place, you allowed him to walk down to the old mill and have tea there–a walk through the country he really likes, and taken alone. In other words you allowed him two real positive Pleasures. Were you so ignorant as not to see the danger of this? The characteristic of Pains and Pleasures is that they are unmistakably real, and therefore, as far as they go, give the man who feels them a touchstone of reality. . . . Didn’t you foresee that it would just kill by contrast all the trumpery which you have been so laboriously teaching him to value? And that the sort of pleasure which the book and the walk gave him was the most dangerous of all? That it would peel off from his sensibility the kind of crust you have been forming on it, and make him feel that he was coming home, recovering himself?

For Lewis, these pure Pleasures are not vices to be avoided but rather brushes with reality, that is with the goodness and beauty of the Creator. I think that to Lewis atheism is no longer persuasive because it is a lie to difficult to sustain with all these brushes with reality. It is on the long walk with the good book that one feels this sense of homecoming, the sense of fulness that only comes through the enjoyment of the giver. And lest you be confused, the “homecoming” is not simply aesthetic indulgence, but the real unspoiled grace of enjoyment, which can only be truly experienced as a gift. Lewis tried and failed his entire pre-conversion life to capture the chimera of focal joy, only to find it proximally in an encounter with the real, God himself.

This is a really interesting report about sex on college campuses. It’s interesting to hear these observations coming from a non-religious source.
Check this out!
Repost from @cornerstoneames
It takes intentionality to avoid this path. But Jesus embodied the exact opposite of this, a life of degradation for the sake of others.